In its November 30, 1944 edition, The Improvement Era announced the excommunication of Ross Wesley LeBaron and his wife Thelma Elena Cox LeBaron. Their names were part of a list of 33 men and women who had been excommunicated from the LDS Church in the previous months of 1944. The Church magazine stated they had been both excommunicated on April 18, in the Third Ward, Liberty Stake (Southeast area of Salt Lake City, Utah). By the time, Ross and Thelma had been married for about eight years. The couple later separated.

Three of Ross LeBaron’s siblings were also listed: Ervil M. LeBaron, Alma Dayer LeBaron and Benjamin T. LeBaron. Their excommnication had occurred in June that year, in the Mexican Mission. The magazine might have missed another LeBaron though: Joel LeBaron.

Joel and Ervil LeBaron were serving as LDS missionaries in Mexico when they learned of Alma being on church trial. They abandoned their mission to go to the aid of their brother and were both excommunicated on the same date. This picture of the Mexican Mission, taken in 1943, includes Joel and Ervil LeBaron.

The magazine didn’t specify the reasons for excommunication. However, from the list, Newell and Eliza Steed were also two names associated with the Mormon Fundamentalist movement.

The Improvement Era was a monthly official publication of the Church of Jesus Christ of Latter-Day Saints. Its editor was Church President Heber J. Grant. 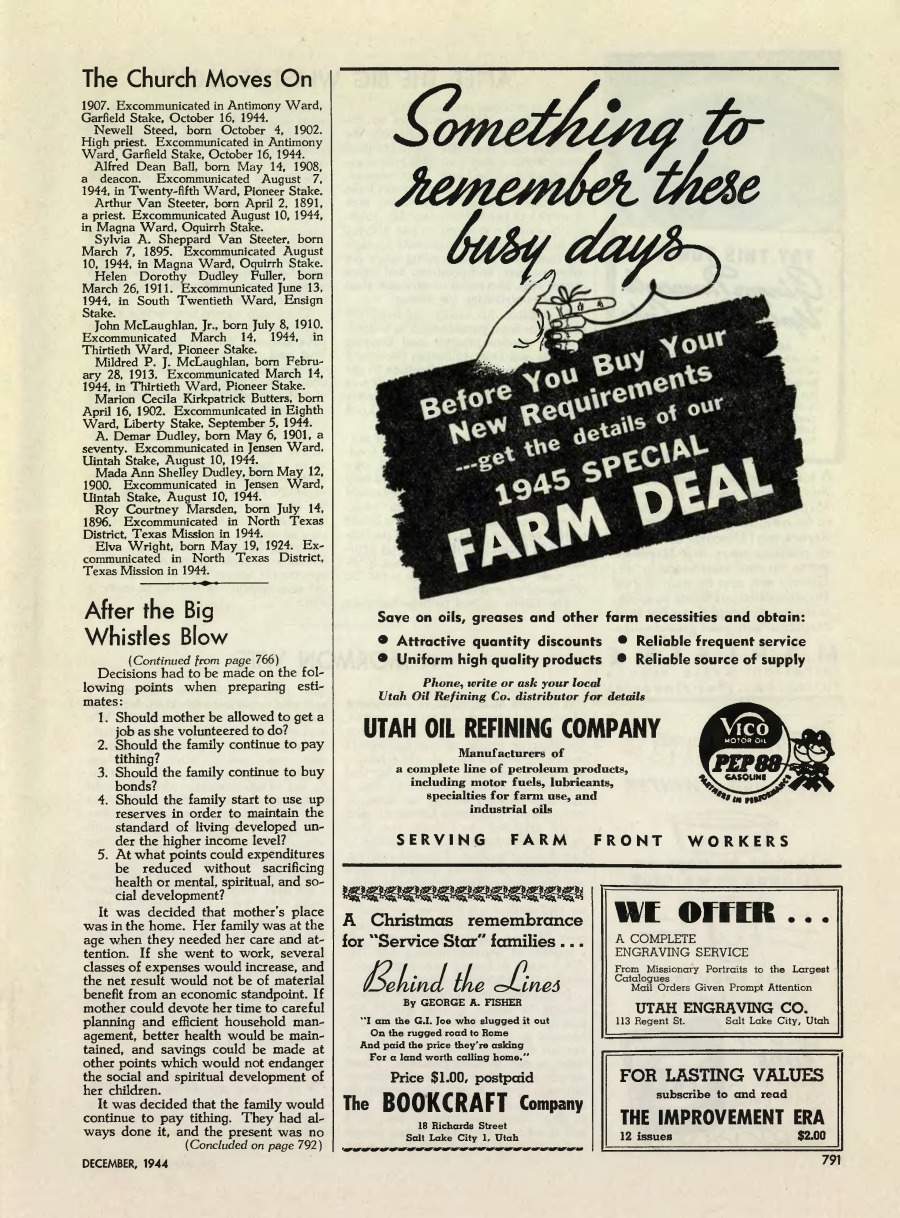